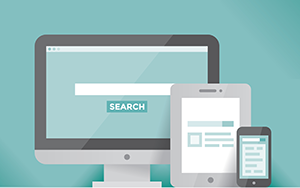 Cross-device advertising is a dream for many marketers, but difficulties in measurement -- and a disagreement over just how valuable such granular data is for marketers -- has some in the industry disagreeing over the essentiality of cross-device tracking and “closing the loop.”

“From our perspective as an agency, we still feel like that we’re very much in beta when it comes to cross-device [targeting],” said panel moderator Jeremy Leonard, COO of IMM at the Programmatic Insider Summit in Tahoe on Monday. He said “true” cross-device tracking and the ability to close the loop -- and measure, incrementally, just how much impact each touchpoint has -- are the two biggest challenges in digital media, especially in mobile.

Panelist Lauren Moores, VP of strategy at Dstillery, acknowledged that she has a horse in the race, but thinks cross-device targeting and measurement is a “must-have” for anybody. She admitted that the majority of cross-device data is probabilistic, but pointed out that everybody else is in the same boat.

“Ideally you are working across providers, because everyone does it a little differently using pretty much the same data,” Moores said. She also said cross-device targeting and measurement is ideally done with deterministic data, but noted that "deterministic sample sizes are too small," adding that "for most marketers out there, even they don’t know how to stick together their own CRM data” to get deterministic data sets.

Her point: It’s not perfect, true, but probabilistic data still gets the job done and helps you paint a fuller picture of your audience.

But Gabriel Goldwasser, U.S. marketing director of Gameloft, doesn’t think it’s a vital component to campaign management -- at least not yet.

“I don’t pay too much attention to matching the devices and linking it all together,” he admitted. “It doesn’t matter to me if you have an iPhone and an iPad … it really doesn’t matter to me that much that I know you are the same user on the same two devices.” So long as their metrics and KPIs are being met, Goldwasser said, it’s all the same to them.

He did say that cross-device targeting and measurement would “probably be interesting … at some point in time.” He added, “But that’s not going to positively impact my business enough to spend the time to solve the problem -- yet.”

Jesse Plate, marketing manager at Vail Resorts, thinks cross-device’s most enticing lure rests in the potential to emotionally impact consumers on a deeper level. Despite this attractive possibility, Plate said he’s “never had much success tracking this.”