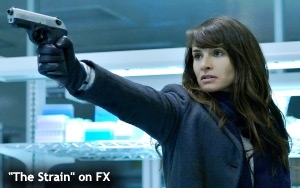 A report out this week indicated that TV networks experiencing ratings declines this summer are eyeing the addition of even more commercials to try and make up for revenue shortfalls.

As I understand it, the formula works like this: Ratings declines lead to rate declines. The lower rates mean that a network has to then sell more spots (and create more availabilities for them) if it seeks to meet its revenue projections. Do I have this right?

For viewers -- those millions who still watch “regular” TV -- it means a greater disruption of a viewing experience that would seem to be already disrupted to the outer limit of what’s acceptable.

In fact, for many, the commercial loads on TV -- particularly on basic cable -- are already unacceptable, which might be why some viewing levels are cratering. It’s a self-fulfilling prophecy: Declining audience levels lead to more commercials, which leads to even more ratings declines.

Let me try and explain what I’m getting at here. First of all, the impetus for this blog post was a story in the New York Post on Sunday with the headline, “Expect more commercials thanks to ratings plunge.” The word “cable” didn’t appear in the headline because the story sought to encompass all commercial-supported TV -- broadcast and cable. However, when it came time to mention specific networks experiencing ratings shortfalls, they were all cable networks: MSNBC, TNT, TBS, Nickelodeon, MTV and A&E’s networks.

Then on Tuesday came a story in The Wall Street Journal that was headlined “TV Watchers Abandon Cable Shows.” This story was about ratings declines that are hitting cable TV networks specifically this summer, including shows such as “Rizzoli & Isles” on TNT and “The Strain” on FX (pictured above).

As a result, I am revisiting a topic that I have raised in various contexts previously, which is the almost unbelievable length of commercial breaks nowadays on cable TV. It is not exactly a new phenomenon either. I can remember writing about it a few years ago, during the heyday of “Jersey Shore” on MTV, when I watched the show and discovered that nearly half of this show’s half-hour running time was taken up by commercials. Seriously, I remember calculating the commercial time and coming up with 14 or 15 minutes worth.

Cable’s ridiculously long commercial breaks make themselves known in other ways too. When grazing with your remote on cable -- something millions still do every single day and night -- it is commonplace to come upon commercial pods more frequently than program content.

It happens all the time: You’re watching a show on cable and a commercial break arrives. From long experience, you know instinctively that this break will likely be anywhere from 4 to 6 minutes in length, if not longer.

Once upon a time, in the now ancient three-network era, efforts were made to restrict commercial loads during shows so that viewers would remain tuned in during the commercials, continue watching a show, and then sit through the next few commercials as well.

I certainly realize that in today’s multichannel environment, networks don’t enjoy the luxuries the Big Three once took for granted so long ago. But in today’s environment, viewers still want to feel as if they’re watching a TV show, and not something that you might better describe as a few minutes of program content serving as filler between commercial breaks, rather than the other way around.

And by the way, advertisers whose messages appear in the middle of long breaks are not well-served by commercial clutter either.

My advice, admittedly from the comfort of my armchair at home, is this: TV networks should always strive to create an on-air environment that is attractive to both viewers and advertisers. Jamming even more commercials onto the air is like stacking up billboards on a highway. Eventually, no one can read them all and the messages are lost.

Where commercial-supported TV is concerned: Viewers will be lost. And since they have many other viewing options these days, many of them won’t be back.