Competition in the co-branded or affinity credit car 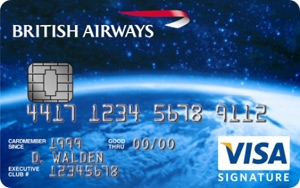 d segment is fierce, with a growing multitude of players chasing a finite universe of affluent prospects with more rewards and broader, deeper card features and benefits, according to “Co-Branded and Affinity Cards in the U.S., 5th Edition,” a Packaged Facts report.

There are several trends that will shape the market for co-branded and affinity cards, according to Packaged Facts, including new and growing co-branded entrants. Citi is rejuvenated, Capital One and TD Bank are relatively new to the market, Wells Fargo has finally stepped in, and Alliance Data and Synchrony are shifting their emphasis to co-brand. Behind the scenes, the Visa, MasterCard and American Express networks are also jockeying for position.

Another trend is rewards that tie back to the partner in a unique way. With the percentage of rewards offered clearly on the upswing, issuers and partners can choose to compete toe to toe on the rewards rate. But players need to differentiate their card programs in other ways, by offering something unique and highly aspirational to incent frequent usage, suggests Packaged Facts. And for cards attracting high-net worth users, cash back goes only so far: it means delivering on brand expectations and enhancing the experience, offering intangible, aspirational value to the card user.

Major issuers continue to burnish their own-branded card programs: card players including American Express, Capital One, Bank of America, Wells Fargo, JPMorgan Chase, Citibank and U.S. Bank have each refined and tweaked their own-branded card programs very carefully, streamlining offerings and tailoring their target audiences accordingly. While the co-branded proposition is fundamentally different on an obvious way, moving from own-branded to co-branded or vice versa is likely a matter of consumer circumstance and evolving need (relationship building strategies aside), creating fluidity in the use of one card type over the other.

Affluent customers — the mainstay of co-branded cards — are not in endless supply. There are more issuers, more cards, more rewards, but you can’t mint the affluent on an assembly line. Consumers of all shapes and sizes continue to pace their spending, and issuers have not forgotten the pain of the recession either, resulting in only modest loan and purchase value growth.

Co-branded cards that can move downstream to catch an expanded market Cards such as the Walmart MasterCard won’t win prizes on bells and whistles, and they don’t have to, as long as they give reason enough (a 1% earn rate, in this case) to incent enough usage to build loans and spend — less rewards, less expense. It will be interesting to see how mainstream hotel player Red Roof Inn navigates its rewards structure.

To keep people in the fold, Chase, Citi and Bank of America have caught on to the power that a unifying rewards program can have on customer retention and cross-selling. Importantly, they go beyond American Express’ Membership Rewards by offering opportunities to earn more with the institution directly, according to Packaged Facts.