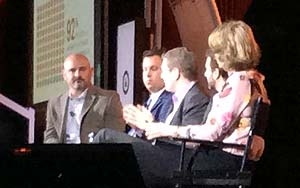 Nearly all media-buying agencies (92%) say they are executing campaigns using programmatic media, yet 44% of those in the ad industry say they have no idea what "programmatic" is, according to Warc and AppNexus, which released figures during an Advertising Week session.

Technology is changing advertising, but the talk of algorithms and machine learning leaves many wondering how they can capitalize on the automation of buying, placement, and optimization of media inventory.

This lack of knowledge is largely due to its black-box status. "The biggest players in this type of media-buying space still keep [programmatic] as a separate company that you can't see into and have nothing to do with," says Horizon Media's Adam Heimlich. This ecosystem is still a relatively small ad segment, but growing rapidly as viewers move to digital. "It only has to be 5%-10% of the budget in order to double it," says Heimlich.

Programmatic's big upside is the amount of collected data. Nearly 92% of publishers believe that increased emphasis on viewability metrics will benefit their business. Nonetheless, agencies will never achieve their goals if the underlying data is flawed. "While the principle is true that programmatic helps everyone achieve better return-on-investment, it really is shit in, shit out," says JP Morgan Chase's Mike Turcotte.

Although most high-level executives consider themselves knowledgeable about most aspects of their business, programmatic presents a new challenge.

Curiously, there is a perception in some quarters that it’s not necessary to know a lot about this space in order to participate in its benefits. After all, it can be argued that CMOs and VPs don't need to fully understand the piping and infrastructure of the entire industry. "Does a stewardess need to know how to fly a plane?" asks Turcotte.

Warc's Louise Ainsworth disagrees by pointing out that executives need to "know enough in order to ask the right questions and get the balance right."

Transparency is another key problem since programmatic is damaged by rumors of fraud and click-baiting. The Warc/AppNexus survey of 12,000 respondents found advertisers to be the most trustworthy party in the programmatic ecosystem followed by publishers, ad-tech companies, agencies, media buying agencies and agency networks.

Chase's Turcotte said he was surprised publishers aren't further down the list. "[Much] of the fraud is them trying to game the system for their benefit."

advertising week, media buying, programmatic
2 comments about "Adlanders Know Programmatic Is Important Even If They Don't Totally Understand It".
Check to receive email when comments are posted.
Read more comments >
Next story loading