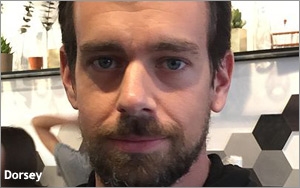 After much speculation, Twitter officially announced today that interim CEO Jack Dorsey, who cofounded Twitter and served as CEO from 2007 to 2008, has dropped the “interim” and assumed the role of CEO.

Adam Bain, who was Twitter’s president of global revenue and partnerships at Twitter, will become the COO. Bain was another candidate for the role of CEO.

Dick Costolo, former CEO and board member, has also stepped down from the board. Dorsey will still serve as a member of the board, but is no longer Chairman. In a Tweet, Dorsey said they were “working to change the composition of the board.”

Dorsey will not be receiving any direct compensation for his role as CEO, per the SEC document.

"Now that Twitter's CEO drama is out of the way, the company can get back to doing its job: Building products people want to use," says Nate Elliott, vice president and principal analyst for Forrester Research, in response to this morning's news. "The key phrase there is 'building products' - something Twitter hasn't done nearly enough of."

Elliott compares Twitter to Facebook, noting that the reason the latter continues to grow is partly due to the new features and experiences it continues to offer, attracting an ever-larger audience. "Twitter is stagnating because its product looks almost exactly like it did when it launched ten years ago," he says.

"It's time for Twitter to build and innovate," adds Forrester Research analyst Erna Alfred Liousas. "Not every new idea launched will succeed - but if it launches enough new features, some will surely find a wider audience. And a wider audience is exactly what Twitter needs."

“It’s our goal to exceed the expectations the world has for us,” Dorsey said in an investor call this morning. “I’ll do whatever it takes.”

Referring to a product road map for 2016 in the call, Dorsey referred to Project Lightning, which will provide users with curated content centered around specific events, embedded across the Web and within other apps.

Dorsey is also the CEO of Square, a mobile payment-processing company; he has no plans to step down from that role. Square is reportedly gearing up for an IPO this year.

Some think that Dorsey splitting his time between the roles may lead to ineffective leadership for both companies. Others have compared the move to Steve Jobs, who ran Apple and Pixar at the same time.

“I've been CEO of both companies for over three months now. I have the smartest, strongest and most determined leaders in the world on my teams,” said Dorsey in a Tweet.