TV Ad Revenue Gains Expected To Be Near Flat In Q3 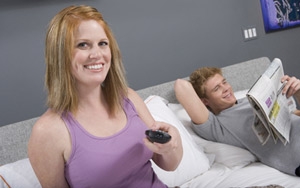 Against the backdrop of TV ratings' continued decline -- anywhere from 5% to 10% -- TV advertising revenues are expected to remain near flat for the third-quarter reporting period -- partly due to growing advertising inventory supplies.

Broadcast and cable networks are expected to slip just 0.7% in the third quarter, according to MoffettNathanson Research. The four top broadcast networks will be down 1.2% to $3.06 billion, with cable off 0.4% to $5.11 billion.

This is an improvement over a previous overall TV estimate of a 1.7% decline for the period.

These revenues come against a sharply lower third quarter with prime-time C3 18-49 ratings -- which was down 8%; and for the first week of the new TV season, off 10% in prime-time C3 and 8% in total day.

One of the contributing factors in helping maintain national advertising revenue has been an increase in advertising inventory. Total commercial hours for advertising-supported cable rose 4% in the third quarter to 38,435; with broadcast networks rising 1%.

Two of the larger cable network groups witness mostly unchanged ad inventory additions: NBCU up 1% to 5,869 and Viacom inching on 1% to 7,095.