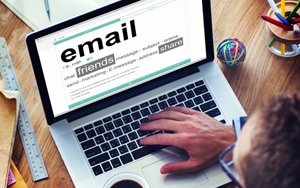 Return Path’s 2015 Deliverability Benchmark Report analyzed inbox placement statistics by country, industry and email provider. The report was based on a representative sample of the 357 million email marketing messages that Return Path has tracked this year.

Both spam trap emails and missing emails were included in the deliverability statistics.

Brazil saw the highest jump in email inbox placement, which increased from 60% in 2014 to 74% in 2015. The country, however, still falls below global averages.

In Europe, the United Kingdom, France and Germany all saw their inbox deliverability rates drop. Spain remained consistent at 76% deliverability, while Italy saw a gain of 2% from 81% in 2014 to 83% in 2015.

Australia still maintained the highest deliverability rate out of the countries represented in Return Path’s study. Australia dropped from 89% deliverability in 2014, to 88% in 2015.

The health and beauty industry performed the best overall with a 96% deliverability rating, but did not show any growth from 2014.

Another factor could be the sheer volume of email traffic, according to the report. Return Path says that email traffic has been increasing, and grew by 7% in 2014 and 16% since 2013.

Bilbrey adds that marketers need to analyze subscriber engagement and deliverability data to get a better overview of their email performance. Marketers should track and analyze ongoing email performance to provide a swift respond to any downward trends in email metrics.