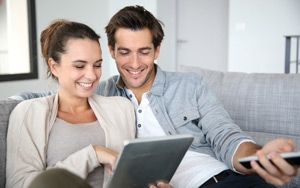 Millennials might be more inclined to subscribe to pay television services if their current (or potential) providers were to make a more concerted effort to demonstrate how the services can be used anywhere, on any device.

According to research from strategy consulting firm Altman Vilandrie & Co., younger Millennials (ages 18-24) are 23% less likely to cut their cable cord or switch providers if they know their current provider offers “TV Everywhere” than if they think the service is not available. Meanwhile, among those that do not currently subscribe to a pay-TV service, 54% of younger Millennials and 47% of older Millennials (ages 25-34) said they were more likely to subscribe to a service if it offered TV Everywhere capabilities.

“It seems like there’s an opportunity to attract new subscribers and retain [current subscribers], particularly among Millennials,” Jonathan Hurd, a director at Altman Vilandrie & Company, who led the survey, tells Marketing Daily. “They responded even more than the older population to that value proposition.”

Yet consumer awareness of their TV Everywhere options remains low. Only about a third (36%) of all consumers — regardless of age demographic — indicated they were aware of the ability to watch programs on devices other than their televisions, according to the online survey of more than 3,400 consumers (which was conducted in concert with premium pay-TV channel EPIX).

Service providers looking to increase their subscriber base (or keep current subscribers from leaving) might want to consider advertising or promotional efforts around these features, Hurd says.

“There hasn’t necessarily been a commitment across all service providers and programmers to market it,” he says. “They’ve got to do more and target [these] campaigns better to reach Millennials.”