Meredith Corp. Partners With Operative Media To Differentiate Its Advertising 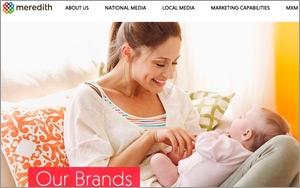 Meredith Corp. has partnered with Operative Media, Inc., a software and service provider for publishers, agencies, and networks that "simplifies the business of advertising” in one of its first partnerships after its recent acquisition, Selectable Media.

The alliance is a move to streamline an increasingly complex sales process and campaigns with multiple ad products, properties and devices, stated Meredith Digital's VP of ad platforms and operations Matt Minoff.

The partnership aims to reduce time spent on media planning,

One of the first decisions made after the acquisition was to use operatives for Meredith’s ad workflow platform. After a few months of integration, the company is getting ready to roll it out.

A big part of that transition is ad products like native advertising, content creation and influencer marketing. There are a lot of moving parts, so Operative Media will package those products in simplified media plans to present to clients, as well as handling the campaign’s back-end.

Digital business has been growing rapidly this year, Minoff said, and there have been a lot of clients who want to work with publishers directly. Selectable Media provided native advertising services, so Minoff said Meredith will continue to expand those capabilities, determining "how best to leverage our media channels" to ensure the right audience is seeing it.

This month, Meredith announced a content creation partnership with Georgia-Pacific, and Minoff said we can expect more partnerships.

“We’re really trying to boost our capabilities across the board and partner with best-in-class solutions and providers,” Minoff said. Changes will be rolled out over the quarter.

Operative Media was founded in 2001, and its clients include the Weather Company, A & E Networks, Comcast Spotlight, NBCUniversal, The Wall Street Journal, Comcast, iHeartMedia, BuzzFeed and Schibsted.