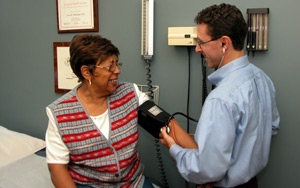 Three out of four Baby Boomers say they should be doing more to manage their health but cite frustrations with primary care, according to a survey conducted by the independent market research firm Ipsos Public Affairs.

The national survey of 1,049 Baby Boomers uncovers how Boomers are approaching their health and the challenges they experience.

The sponsor of the study was MDVIP, a Boca Raton, Fla.-based company that operates a network of physicians who practice preventive medicine and personalized primary-care medicine. The national network consists of 830 physicians serving over 240,000 patients. MDVIP physicians limit the size of their practices in order to ensure that patients get more attention than in traditional offices.

The survey findings will be incorporated into MDVIP’s marketing efforts, says a company spokesperson. Nearly half of MDVIP’s 240,000-plus patients are Baby Boomers, so it’s an important market for the company, she says.

The survey shows that while 94% believe preventive care is an important part of staying healthy, three out of four say they should be doing more to better manage their health (74%). Almost half (46%) say they don’t exercise regularly, and more than a third say they don’t eat healthy (35%) or get sufficient sleep (37%, 7 to 8 hours of sleep a night).

More than 75 million Baby Boomers are now living in the United States. This aging population is expected to live longer than their parents’ generation, but with higher rates of chronic illness, which can lead to diminished quality of life in their later years. MDVIP commissioned the research to better understand boomers’ perceptions and concerns related to their current health, and how primary care experiences are influencing their overall well-being.

Although 73% of those surveyed report suffering from a chronic health condition such as diabetes or cardiovascular disease, almost half (43%) are playing the “waiting game,” saying it would take an unexpected, life-threatening diagnosis for them to invest more in staying healthy. In addition, 14% say a friend or family member’s health scare would be an impetus for change.

Other motivators are having an expert create a clear plan tailored to helping them achieve their health goals (28%), and having a strong support system of friends, family and mentors to encourage them (25%). About 17% claim that nothing would motivate them, believing they have little control over their future health.

“The survey findings show that Boomers have a greater health consciousness than previous generations, but also expose the discrepancies between what Boomers know they should be doing to stay healthy versus the reality,” said Bernard Kaminetsky, medical director and a founding physician for MDVIP, in a release.