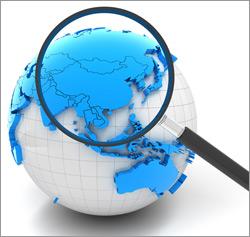 Google's move back into China might not be as welcome as initially expected -- not by China's citizens, but the United States. The Web site for Google’s holding company is registered with a company that is helping China censor thousands of top level domain names, according to one report.

Google's parent company, Alphabet, which uses the top-level domain name ".XYZ," has come under fire over a censorship contract with China that forbid anyone around the world from registering words like "liberty," "1989" and "democracy." The move highlights an ethical dilemma for Google and a growing trend of countries finding ways to censor the Internet across national borders, per the report.

Fortune points to a post from the industry blog Domain Incite stating that the company operating the .XYZ registry had agreed to a request by China's government not to sell Web site names containing specific words. The censorship plan drew many raised eyebrows and negative comments.

Update: XYZ CEO Daniel Negari says that's not true. He wrote to Search Marketing Daily to deny the allegations and pointed to a blog post published Wednesday following the firestorm. In the blog post he wrote "To be 100% clear, XYZ is an organization that strongly supports freedom of speech, privacy and anti-censorship for all Internet users."

The post goes into detail suggesting there is no banned list. There are no restrictions to registering a .xyz domain name, with the exception of Specification 5 of the Registry Agreement, which all new domain extensions are bound." The Electronic Frontier Foundation wrote in a blog post that perhaps there had been a reversal of the proposal or a miscommunication that led to misconstrue the details.

Initially, Google's restructuring under the holding company Alphabet was expected to give marketers a regional approach to advertisers -- but with that approach would come changes such as expansion in Europe and reentering China.

Forrester Research analysts wrote in a September 2015 report Google lacks an Android app store in China, which would mean a loss of billions of dollars in revenue from the mobile app market.

Last month, Google CEO Sundar Pichai called it a "privilege" to have an opportunity to serve China. He told Forbes that though Google had experienced censorship challenges with China in the past, he now sees "opportunities" in the relationship. Forrester analysts believe Alphabet can fulfill that opportunity.

Google left China about five years ago over censorship issues, but it found a new door in. It will initially happen through a "special" version of its app store to sell apps for Android devices and other wearable gadgets.

Google is creating a “special” app store for China to sell apps for Android devices and other wearable gadgets. “The moves will re-establish Google as an Internet services provider in mainland China that stores user data locally and complies with government censorship requirements," according to The Information.