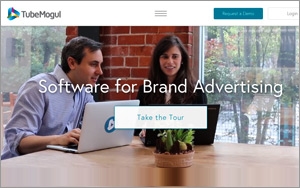 Amid concern about ad blockers and shaky ad investor sentiment, TubeMogul grew its revenue by 70% to $46.5 million in Q3 in its sixth quarter as a public company.

The performance was driven by spend on media channels other than desktop pre-roll, CEO Brett Wilson said.

Those channels, including mobile, programmatic TV and display, accounted for 27% of the global Q3 total spend. Wilson said the most exciting thing now is the proven demand for programmatic TV.

When the company began its programmatic TV offerings, TubeMogul told advertisers to keep expectations low because TV had been bought the same way for decades, Wilson said. Now, programmatic is expected to make up 10% of total spend for the company in Q4.

The company had a busy quarter, with new clients and products launching.

Two significant clients, L'Oréal USA and Dannon, referenced transparency and targeting abilities as drivers to partner with the company. Product launches this quarter included the TubeMogul cross-screen planner, which helps marketers plan ad buys to duplicate their target audience in traditional TV and digital channels, and Select Access, a private ad inventory for brands and agencies.

For Select Access, the company’s goal is to help advertisers automate everything they do, Wilson said. “Our focus on programmatic TV and a cross screen platform really differentiates us across competitors,” he said.

TubeMogul’s software lets brands plan, buy, measure and optimize campaigns across channels. Brands can use the platform for real-time bidding and direct buys from publishers.

Lately, TubeMogul has brought on a number of new hires, including Soren Abildgaard, who joined as senior vice president, engineering, and Todd Gordon who joined as manager of programmatic TV. Other hires include chief people officer Pattie Money, VP-strategy Phil Cowlishaw and Matthew Dybwad, head of political and public affairs.