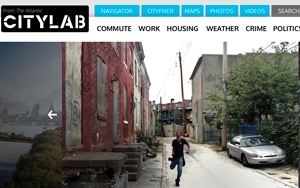 The Atlantic and Univision Digital are partnering to create a Spanish-language version of The Atlantic’s digital publication CityLab.com, called CityLab Latino.

CityLab Latino is expected to launch in early 2016 at Univision.com, a major multiplatform digital property for U.S. Hispanics.

It will feature original stories in Spanish, as well as translated stories from CityLab.com.

“This partnership allows us to widen CityLab’s range and put its ideas-driven journalism before a new audience,” stated James Bennet, editor in chief and co-president of The Atlantic.

Isaac Lee, president of news and digital for Univision Communications Inc. and CEO of Fusion, stated that the partnership will expand the digital content targeted to Spanish speakers in the U.S.

Editor of CityLab.com Sommer Mathis stated in a post on the publication's site that there has been a demand for more Spanish content since its launch in 2011.

“We’ve consistently heard from our Spanish-speaking readers that they want more coverage of the ideas and urban issues CityLab cares about … both in Spanish and centered around the growing global cities where Spanish is spoken,” Mathis wrote.

CityLab Latino will report on topics from crime, politics and immigration to the environment, design, culture and technology.

The editorial team for CityLab Latino will be split between Miami and Washington, D.C.