Do You Think The Ad-Blocking Threat Is Urgent? If So, What Are You Doing About It? 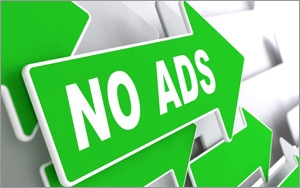 Attend any industry conference keynotes or panels, hang out in corridors, listen to webinars or chat over lunch, and most conversations will turn to ad blocking. The fever pitch is rightfully high. Who cares about viewability metrics if ads are blocked altogether?

One of the more thoughtful commentators on the subject of ad blocking I’ve come across is Penry Price, vice president of marketing solutions at LinkedIn. In a commentary on CNBC.com, Price argues that ad blocking represents a crisis (of epic proportions, perhaps) that must be taken seriously. To date, it has not. Price maintains that publishers and advertisers feel somewhat protected from the crisis since so much digital content is consumed via mobile devices, and through mobile apps in particular, where ad-blocking software doesn’t work.

Price’s main argument is that publishers can’t afford to be complacent about ad blocking, because technology changes fast and it’s only a matter of time before mobile apps are affected. He also maintains that publishers need to think hard about the context within which advertising appears and the mindset people are in when they come to your site. And he’s also making a larger point: That publishers and advertisers need to rethink and reinterpret the user experience of advertising. (I hate the word “user,” but UX and UI -- user experience and user interface [design] -- are, after all, specific careers.)

As a consumer, if you’re coming to a site to get the latest news, play a game,  or simply indulge in the latest Hollywood gossip, how do you want to experience advertising? If you’re anything like me, you don’t want to encounter it at all, or you want the most gentle, unobtrusive experience.

Lately, I’ve been ‘x’ing out of so many ads before I even get to read anything. I’ve watched pre-roll before TV shows, and interstitials during the shows — I’ve encountered them on Verizon FiOS TV on demand — and I’ve accepted the bargain: I get to watch episodic TV, but I have to watch a few ads in the process. I get it. While I’ve tried ad blockers as experiments, I haven’t stuck with them, but clearly I’m in the minority, because the number of people installing ad blockers is growing.

Circling back, I agree with Price’s assessment that publishers must rethink the user experience and create less interruptive ad formats, that highly differentiated and superb content is needed and that the ad-blocking phenomenon may result in more paywalls.

So the question is: Are you taking the threat posed by ad-blocking seriously? And if so, how are you addressing it in your business? I look forward to seeing your comments right here.

ad blocking, programmatic, real-time, rtb
8 comments about "Do You Think The Ad-Blocking Threat Is Urgent? If So, What Are You Doing About It?".
Check to receive email when comments are posted.
Read more comments >
Next story loading