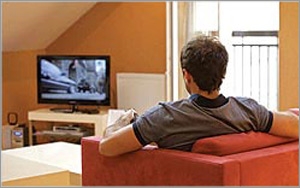 Although TV metrics have seen general declines, some People Using Television data (PUTs) --such as kids TV 2-11 viewers -- have seen some relief, and newer video technologies continue their growth.

For the month of October, Nielsen’s PUT levels for live-plus time-shifted programming dropped 5% to a 30.4% PUT level, according to MoffettNathanson Research analysis.

PUT (or persons using television) at a particular time is expressed as a percentage of all persons in TV homes, combining all persons viewing, rather than reporting specific program viewing.

But kids 2-11 PUT levels only dipped 2% during the month -- part of a trend of improvement, for a demographic that had been down more than 10% about a year ago. MoffettNathanson Research says this has helped some Viacom networks viewing data in October.

Newer video technology use continues its upswing. Video game consoles, which include subscription video-on-demand platforms, gained 11% to a 2.9%; other multimedia device use was up a big 68% to a 2.1%.

PBS and premium cable networks like HBO and Showtime sank during the period -- down 20% and 11%, respectively.