TV Consumers Complain Of Too Many TV Apps 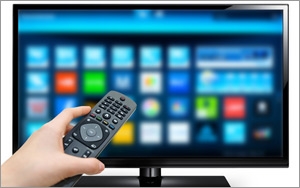 Are there too many TV apps, and are they too confusing? One survey says nearly 90% of consumers want just one.

Nearly nine out of 10 U.S. pay TV subscribers (86%) want a single app for all of their video watching, according to Boston-based media and technology consulting group Altman Vilandrie & Company.

More specifically, consumers are for the most part staying away from TV apps. The survey says 70% of consumers have not downloaded any network or cable channel apps.

“Consumers are saying that greater choice does not always lead to a better experience”, stated Jonathan Hurd, a company director at Altman Vilandrie & Co. “Managing multiple apps across multiple viewing platforms can be challenging and appears to be limiting the market penetration of nearly all TV apps.”

ESPN also scores the highest among younger TV users, 18-34s that downloaded its app at a 34% rate. After ESPN comes Comedy Central at 13% -- which is 5% of all app downloaders, and less than 2% of consumers overall.

Among other TV-related results, 89% of young Millennials (18-24) now watch TV shows and/or movies online weekly. More than half of all adults under age 25 binge watch TV shows on Netflix at least once week.

apps, mobile, trends, tv
1 comment about "TV Consumers Complain Of Too Many TV Apps ".
Check to receive email when comments are posted.
Next story loading