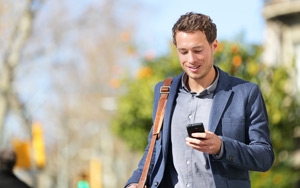 Google has revealed tests being done with a small group of partners -- HotelTonight, Chimani, Daily Horoscope and New York MTA Subway Map -- exploring the ability to stream apps that are not installed on the phone, with some right from Google Search. For me the news leaves more questions unanswered than answered. Here's why.

Will streaming an app on the phone -- without having to download it -- stop or hinder any ad within the app from serving on the phone? How will brands, and their agency partners measure downloads and ad impressions if the app streams rather than downloads? Will brands need to measure both? Will a "use" or metric replace the importance of a download metric?

Does streaming imply use of the app? Does the app continue to stream even when not in use or does the user need to disconnect from it? Will Google need to build these metrics into Google Analytics to track streams rather than downloads, or does it already offer this feature? What are the characteristics of consumer who streams app rather than downloads them? Will other analytics companies need to follow Google's lead and integrate this new metric into their platform?

The advertising industry stands at the edge of a cliff looking down at the beginning of a new metric and measurement guide for mobile, in my opinion. Others have a similar belief.

Andy Taylor, senior research analyst at Merkle|RKG, says that at the moment it’s unclear how these app streams will be tracked and appear in analytics packages, but it will become important for businesses to understand how many of these streams occur and how many eventually lead to actual app downloads or other types of conversions.

"While the streaming experience opens up app content to more users, it lacks the stickiness of app downloads, so measuring the impact of that tradeoff is going to be vital and may require a new metric to communicate," Taylor says.

Streaming stops when the app is not in use, a Google spokesperson says, who also confirms that Google does provide ways for developers to gain insights into traffic and use via streaming. Google is experimenting with nine apps, looking to see how useful both users and app developers find this. Based on the findings, Google will decide how and when to expand the project, the spokesperson says.

With many unanswered questions, I reached out to Michael Boland, chief analyst and VP of content at BIA/Kelsey. He told SearchBlog that streaming an app should not hinder any ads from serving with the app because the app will stream to the user's phone through the browser, as if they were using the app directly. It should produce an identical experience.

Downloads don't apply, but impressions will. It will likely become a major part of brands' desire to work with Google, Boland says. He says it will become a matter of how companies negotiate these partnerships. It will likely be figured out through the trial period, and whether Google will share that data with developers of the apps its streaming. "That's unclear and probably one of the things Google is working through in this trial period with a limited set of partners," he says.

Boland says "downloads are a 'vanity metric'." True app metrics should focus on active usage. And in that case, the "usage" will be the same in this streaming format, assuming Google can stream the user actions and inputs without lag, as it is if you're using the native app."

Streaming does imply use of the app, Boland says. He says Google is not only streaming the app to users but "'streaming' the users' inputs back to the app." The second part required to have a "holistic experience of using an app and manipulating its functions."

Boland also confirms that downloads are a myopic metric in today's world of app fatigue and high drop-off rates. Active usage is much more important. And in the case of Google streaming apps, the usage tracked will likely be the same exact forms of usage that are currently tracked for apps, including page views, add impressions, session lengths and other things.

These things will increase because users will be able to experience deeper app functionality without actually downloading an app. Boland believes that will resonate because it's less commitment and the world is suffering generally from app fatigue, which ends up standing in the way of app developers getting people to use their apps. This move by Google reduces some friction from that process so could result in more active usage -- again the more important metric.

This may seem to be more of mobile rather than search commentary, but I think of mobile as a means to serve content in display or video advertisements -- as well as support voice and text search -- rather than a form of media. Search is the backbone of most media, and without it, many others wouldn't exist -- which makes it all the more important for marketers focused on search to remain aware of the opportunities across devices.