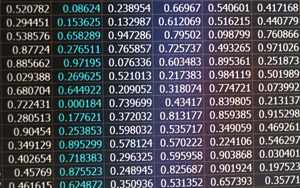 The advertising industry seems to think data breaches are aimed at industry sectors, such as healthcare and retail. But the increasing amount of first-party consumer data pulled into ad targeting platforms makes the millions making purchases, online and off, and viewing ads much more vulnerable to cyber attacks.

It also can damage the reputation of brands.

Some of the predictions are continuations of what we saw in 2015, while others are new. It all centers on the amount of data collected to serve ads and drive better online experiences.

The data makes medical records worth up to 10 times more than credit-card numbers on the black market, according to the study, citing the Identify Theft Resource Center. Big health-care hacks will make the headlines, but small breaches will cause the most damage, per Experian.

Ninety-one percent of healthcare organizations reported at least one data breach during the last two years.

Cyber conflicts and espionage between countries will damage consumers and businesses. Experian predicts that in 2016, business will likely see incidents aimed at stealing corporate and government secrets or disrupting military operations.

A hack of this kind could likely occur in the lead-up to the election and could take many forms, from exposing secrets or embarrassing information about the candidates to outing the funding sources of super PACs, per Experian.

Making a comeback this year will be hacktivism, as seen on Ashley Madison, which aimed to shut down the site's operations because they objected to the premise of the business and its poor security practices. Another example is the continued use of DDoS attacks by groups and lone wolves targeted at online gaming services to gain attention.

Finally, Experian predicts the top data breach issues in 2016 will include EMV chips, with the semiconductors in the plastic credit cards replacing the metallic strip. They will not stop payment breaches.

A joint study from Experian and the Ponemon Institute finds that just over half of executives in the payments sector believe this technology will decrease the risk of breaches, but there are several reasons why these attacks may continue.

One reason is that many retailers and other merchants have yet to fully adopt chip and PIN technology, which may still leave them vulnerable to the same malware attacks the industry continues to see.