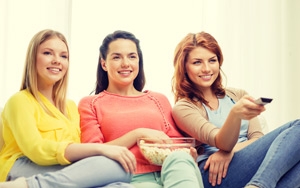 While senior TV executives claim cord-cutting hasn’t reach a tipping point yet, over one in five of all U.S. consumers are thinking about cutting back on their pay TV services.

These consumers total 49 million people, according to a GfK MRI study — around 21% of the U.S. population who want less TV service. The study calls them “defectors,” which includes a wide range of consumers — from those who want to cut back or cancel pay TV to those who have never had a pay TV service.

In addition, there are 22 million people (9%) who want more TV, called “desirers.” These include people looking to maintain or increase, or are coming back to buy a pay TV service.

One key difference between the two groups emerges with regard to live TV — 70% of desirers agreeing it is “very important” or “important” versus 50% for “defectors.”

The study classifies “defectors” as being a bit more college-educated, older, male and with a slightly higher median household income than “desirers.”

Desirers stream more TV (74%) than defectors (68%), and watch slightly more TV — 25 hours per week versus 23 hours per week for “defectors.” Desirers are driven by an “appreciation of TV” in all forms, while defectors are focused on “economics.”

The GfK MRI study “Cord Evolution” was produced from a national survey in October 2015.

On Tuesday, Jeff Bewkes, chairman/CEOof Time Warner, said consumers who are pay TV cord-cutters haven’t reached the “tipping point” yet of having a material effect on the business.