Consumers Use 'TV Everywhere,' Don't Know What It Is 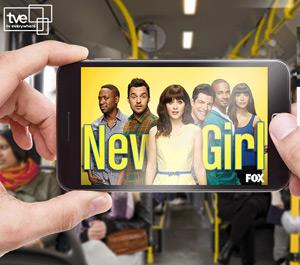 Consumers are continuing to increase their use of “TV Everywhere,” even if they aren’t identifying the practice of streaming video content as such.

According to a new GfK report, 53% of consumers in pay TV homes have used some sort of TV Everywhere access or app to watch television shows on a computer, mobile device or TV set. That’s a 10% jump since 2012. However, few consumers identify the practice as “TV Everywhere” -- a term and logo the Cable & Telecommunications Association for Marketing (CTAM) adopted last year in a bid to unite all the services under one identifier. Only a quarter of consumers ages 13-64 had even heard of the expression, about the same as in 2012.

“There’s still a lot of education to be done,” David Tice, senior vice president of media and entertainment at GfK, tells Marketing Daily. “They need to help people make the connection.”

Yet the practice continues to grow, with 42% of consumers having used TVE offerings from their service providers, and 46% having used TV network services and apps. The connection between provider and access isn’t being made in the minds of consumers, Tice says. A little push might help that along.

“The ones providing this TV Everywhere are the ones getting the benefit, but people aren’t making the connection,” Tice says. “If [companies] can make that connection, they could increase the use and their audience.”

Still, there are still barriers to widespread TVE usage, Tice says. In particular, the authentication needed to use the service continues to discourage some adopters, he says.

“People see signing in as more of a pain in the neck than benefit,” Tice says. “A bit more marketing to consumers might make it a bit more palatable.”

connected tv, itv, research, tv everywhere
1 comment about "Consumers Use 'TV Everywhere,' Don't Know What It Is".
Check to receive email when comments are posted.
Next story loading