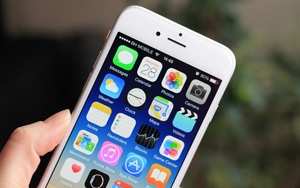 Brands and marketers often wonder whether a good mobile Web site is sufficient for their customers or if they need to build an app. At the beginning of mobile online infrastructure, the simple answer was app.

But based on the horrendous mobile Web experiences many users were having, that answer has become a little more complex.

A recent survey of U.S. consumers by Quixey found that 66% of respondents said they prefer the mobile Web to apps. The reason: it had access to all content in a single place. There was no need to install anything new, or they didn’t need to flip between multiple apps.

After the dust settled on the app markets and the data came back, companies discovered that many consumers download an app only to use it a couple of times. Many apps became the mobile equivalent of a banana-slicer — it can do the job, but a knife works just as well, even if it’s a little slower.

Ad blockers have also introduced a new dynamic to the mobile Web, cleaning up the experience and forcing some advertisers and publishers to consider the crossroads of user experience and ads in a much deeper way.

More than 26% of respondents said that they disliked apps, based on how much space they took up on their devices, while about 23% said that apps had inconsistent performance.

Apps do have their strong points, however, offering a more powerful experience than a Web site -- and often better opportunities for monetization.

Brands will find what works for them, and whether they develop an app or create a mobile Web site, user experience on mobile devices is paramount as screens become larger and more time is spent on devices.