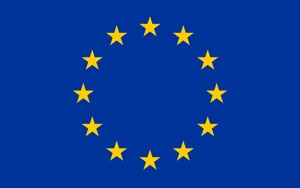 The General Data Protection Regulations -- the European Union’s recently passed regulation for data sharing and protection -- are bad news for Facebook and other U.S. tech giants.

“The changes to the General Data Protection Regulations will be felt globally," Khatibloo explains ahead of a new report to be released by Forrester later this month.

“The regulations apply to any company doing business with a European citizen -- and already we've heard buzz about California enforcing similar regulations,” according to Khatibloo. “The combination would change the way every company processes data.”

By Forrester’s reckoning, privacy is one of the top critical success factors for businesses in 2016 -- though only 23% of security decision-makers agree that privacy is a competitive differentiator.

Along with Facebook, Google, and other tech leaders, the new regulations could also pose a serious threat to standalone ad tech companies.

“If you look at the way the regulation is written, it’s going to bring the whole ad-blocking craze to a head,” according to Khatibloo. “Ad tech companies are not in compliance with the regulation. As such, “we’ll see a lot of them go under."

Officially passed last month, the EU said member states have two years to comply with the new General Data Protection Regulation regulations and incorporate the GDPR into their own national laws.

The Data Protection Directive was designed to safeguard the data of crime victims, witnesses and suspects, and to facilitate cross-border criminal justice cooperation across member states.