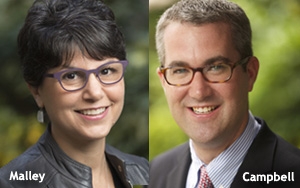 Moore stated that he has confidence in Malley’s “ability to extend our reach and boost our brand power,” as well as her potential to connect consumers and commercial partners in “innovative and engaging ways.”

Campbell will work closely with Malley and Fox Network Group (FNG) Sales to build custom integrated programs and partnerships for brands and create new revenue opportunities across the portfolio.

Both Malley and Campbell work and reside in New York.

The formation of National Geographic Partners has not been without controversy. In November, the company announced the largest round of job losses in its history. According to The Washington Post, employees dubbed October “Choptober” while December was “Knivember.”
advertising, brand marketing, magazines, management, sponsorship, tv
Next story loading