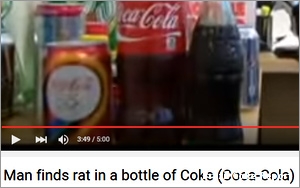 Transparency, sustainability and purpose beyond profit are more than just buzzwords for the advertising industry these days.

Rather, they underline how the corporate social responsibility movement (demanded by consumers) has evolved over the past decade, according to research by Havas Worldwide.

The findings, reported in the agency’s "Project Superbrand: 10 Truths Reshaping the Corporate World," draws on surveys of more than 10,000 people ages 18+ in 28 markets including Brazil, India, Japan, U.K. and the U.S. The report is a follow-up from 2007's "The Future of the Corporate Brand."

Increasingly, consumers view corporate transparency as a must. More than three in four (78%) say transparency is important, with 100% of those in Brazil feeling this way.

People want companies to do the right thing on everything. They want companies to elicit change on a global basis. Two in three consumers believe that businesses are just as responsible as governments for driving positive social change and 71% believe companies have a responsibility to do more than just generate profit.

Some 72% want companies to fight injustice. Nearly two in three (63%) think some big corporations have more power than select countries. And 80% want them to work with NGOs and non-profits to make the world a better place.

Many companies are eager to demonstrate their pro-social and environmental policies, including Chipotle (currently battling bad press about severe food poisoning outbreaks among its customers) advertising its shift to non-GMO ingredients. Another example: Coke’s effort in Brazil to battle rumors that dead rats were found in their bottles by introducing Fabrica de Felicidade (Happiness Factory) tours to show how its products are made.

"A few years ago, corporate social responsibility was something that consumers wanted to see from brands, but now it’s something consumers demand from brands. Today we expect brands to reflect human values — we do business with companies run by people who seem to take a genuine interest in the lives of their customers, not just their wallets.”

At the same time, people expect companies to focus on upgrading their workplaces and office cultures. More than eight in 10 (83%) want them to improve the lives of their employees, and 73% think companies should be obligated to provide a healthy work-life balance. And both men and women believe companies need to offer pleasant work environments (83%, 88%) and pay fair wages (84%, 89%).

According to the study, there is a strengthening tie between doing good and profitability. Most consumers (56%) are paying more attention to the environmental or social impact from the products they buy. Fewer than one in three (31%) say they don't care if a company’s social and environmental policies if it means lower prices and just 27% say they don't care about who makes a product and how they are treated by their employer.