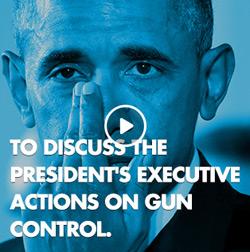 Newsmakers have talked in soundbites for decades but until social media, soundbites were displayed in newscasts with a little lead-in and some explanation surrounding them.

Now, when Donald Trump says “I could stand in the middle of Fifth Avenue and shoot somebody and I wouldn’t lose any voters,” that’s all the message you get on Twitter, and that’s all he needs to put across.

All that's needed in social media, from a news and information standpoint, is a quick sentence or phrase and a video.

To serve that trend, Wibbitz, a text-to-video tech firm, has introduced a new Social Media Format that automatically takes a client’s stories, finds matching video and overlays it with a quick, sparsely-worded text-only overlay.

The work of the client is simply choosing the story to use, and approving it before it appears. It's all done in a matter of minutes.

Wibbitz, launched in Tel Aviv, got into business in the U.S. last year, offering a short synopsis to text stories using video and audio that Wibbitz procured and created. The social media platform is the new wrinkle.

Zohar Dayan, the co-founder and CEO, re-tooled, and added staff and engineers, to create the social media version to amend that mode. There’s also a new ability to create a square format, and a vertical format to come, for smartphones.

The new Wibbitz technology is being used by some Hearst sites those serving the its Houston and San Antonio properties and at USA Today Sports Digital Properties. Some other big media properties, he says, are very near to being done deals.

On an operational end, a news organization can have as few as two employees working with Wibbitz to create cut down versions of content. The technology takes the story and intuitively writes the short copy overlay; the client approves it or has methods to amend the copy or the visual.

Using Wibbitz, Dayan says, a news organization can create 50 to 100 videos a day.  Wibbitz technology can do thousands of videos a day for clients.

Dayan says the company has “grown by 100%” in a year on its way to retooling to serve social platforms. Wibbitz sees a future as the news and information business turns to technological solutions.

“Full automation is in the future,” Dayan says, explaining how it’s becoming increasingly possible to “create” a news story with virtually no human being involved.