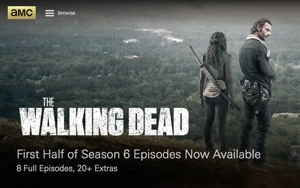 Some cable TV networks slowed down commercial clutter in the fourth quarter of 2015; network executives had earlier pledged to do so.

Bernstein Research estimates that the number of non-kids prime-time advertising commercials -- excluding news and sports -- declined 1% versus the same period in fourth quarter 2014.

Commercial clutter grew earlier in the year, with a 2% increase in third-quarter 2015 and a 3% rise in the second quarter of 2015.

Viacom lowered its non-kids, prime-time commercial advertising inventory by 4% -- although Bernstein says it has room for even more improvement with Viacom networks remaining at industry highs.

AMC Networks cut back 7% in commercial inventory. Bernstein believes AMC had the luxury of increasingly large audiences in flagship programming to make such a move.

A+E Networks grew 2% and NBCUniversal was up 1%, with Discovery Communications, Scripps Network Interactive were virtually flat. Time Warner shrunk its supply slightly, around 0.2%.

Looking specifically at kids TV networks, Viacom’s TeenNick cutback 4% to 225.6 commercial and promo hours in daytime during the fourth quarter -- the only one of five kids-targeted networks to have shrinking non-programming content.