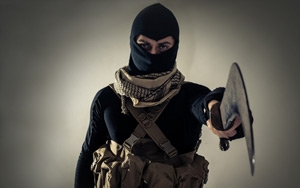 Google search users querying extremist-related content on the search engine in Britain could see anti-radicalization links under a pilot program for nonprofits through an AdWords grant.

The AdWords grants, which nonprofits can use to target particular keywords, allow those eligible to run campaigns focused on counterterrorism. The searches would apply to words linked to religious extremism. The campaigns would counter radicalism using search engine advertising.

"The free Google AdWords Grant program is starting a pilot for a handful of eligible non-governmental agencies to run ads against terrorism-related search queries of their choosing," per a Google spokesperson.

Some 700 people have traveled from the U.K. to support or fight for jihadist organizations in Syria and Iraq, according to the BBC, which cites British police.

While the pilot program runs in limited markets, these campaigns work like any other search ad campaign where the advertiser -- and in this case the nonprofit -- chooses the search terms they want their ads to run against.

Google works with more than 20,000 nonprofits across 50 countries. To qualify for a Google Ad Grant, the nonprofit must be based in one of the approved countries.

Google Senior Manager for Public Policy and Communications Anthony House told British lawmakers in a parliamentary committee hearing about the pilot initiative, but some reports fail to mention that the program focuses on an AdWords grant for nonprofits, and operates in the manner in which search engine advertising commonly works.

A Google spokesperson said the original reports had been misrepresented, and it would not change or redirect search results. It would allow nonprofits to place ads that guide possible jihadists to other content based on certain searches.