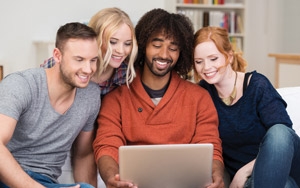 Over half of the U.S. population will watch some TV shows on digital platforms/devices this year.

In 2016, 164.5 million Americans will watch digital TV — 50.8% of the U.S. population, which is up from 47.8% last year, according to eMarketer. The research defines this as “Internet users of any age who watch TV shows online via any device at least once per month.”

The broader digital video viewers category will also rise modestly, This group, composed of Internet users of any age who watch digital video content as least once a month, will hit 213.2 million users in 2015, growing to 232.1 million in 2020.

Digital TV viewers as a percentage of overall digital video viewers will remain relatively the same over the next several years -- 77.2% in 2016, growing to 79.1% in 2020.