Programmatic TV's Here -- But More Education And Alignment Are Needed 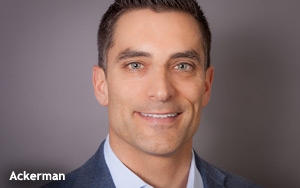 Part of the reason for enthusiasm over programmatic is that 87% of the marketers polled say they’re enjoying higher ROI via programmatic advertising vs. traditional media buys.

The report projected that over the next year, 41% of television buyers—a 3x increase since 2014—plan to rely on programmatic technology to make more strategic TV investments. Moreover, according to the report, advertisers and agencies would commit more than 30% of their overall video budgets to branded video content—and brands plan to grow those investments 10% in the next year.

Most marketers make a distinction between programmatic TV and programmatic video buys, which makes buying and planning rather confusing for them, at least for now. In addition, these buys often come from different budgets, said Dan Ackerman SVP, ONE by AOL, and head of programmatic TV globally for AOL Platforms.

Ackerman and his team are tasked with applying the principles of data-driven automation to simplify and streamline the TV and video advertising industries. Ackerman came to AOL by way of the company’s 2013 acquisition of Adap.tv, where he was senior vice president of programmatic TV. Previously, Ackerman led ad strategy and innovation for CBS Local Media for 14 years, and held senior leadership roles at WideOrbit and Jivox.

In its annual “State of Video Report” 2015, AOL research went further to suggest that programmatic TV  “is gaining popularity as audience fragmentation hits an inflection point.” The report projected that over the next year (2016), 41% of television buyers—a 3x increase since 2014—plan to rely on programmatic technology to make more strategic TV investments. Moreover, the report said that advertisers and agencies would commit more than 30% of their overall video budgets to branded video content. And, it said, brands plan to grow those investments 10% in the next year.

Ackerman and his team are tasked with applying the principles of data-driven automation to simplify and streamline the TV and video advertising industries.

Ackerman believes few, if any hurdles exist for programmatic video, which he characterized as a “rocket ship that’s growing rapidly.” I hadn’t heard the growth metaphor put quite that way before. Hurdles for buying programmatic TV remain significant and include a lack of standardization, resources, transparency, technology integrations and education. And yet, marketers are dying for the opportunity to align TV buying and measurement with digital video.

The AOL report indicates that while the outlook for programmatic TV is positive, the TV ad industry needs to overcome significant obstacles before data-driven and automated TV buying becomes the industry standard. Buyers lament the lack of data standardization when it comes to programmatic TV.

Overall, there needs to be more education for media owners and buyers: “We need more education on data and automation for better decisioning and the automation of the transactions,” Ackerman explained, adding, “While there are amazing new datasets for targeting in programmatic TV, there’s no standardization.” He said an independent working group, the Programmatic TV Standards Group, and the TVB are working on standards.

Another barrier, as he sees it, is that media owners need to be willing to participate and be open to a different kind of transaction model, whether it’s based on different datasets or using automation. Media owners need to know how these things will work together and how to prove their impact of the data. “We need to bring TV and digital video together.”

One way AOL is attempting to do so: with its Convertro platform, which offers multi-touch attribution modeling technology for brands and agencies. The platform offers specific ROI intelligence about how all the media channels are performing and working in concert with one another.

Ackerman maintains that programmatic TV isn’t an outlier—it’s part of marketers’ strategies. Asked what percentage programmatic TV will comprise of the overall TV ecosystem in 2016, Ackerman said it would probably be in the 3% range. “That’s a few billion dollars, so it’s material.”

He went on to explain further: “When I say 3%, that includes spending on automation and data that’s driving planning decisions, optimization, audience measurement and ROI attribution."

The bottom line: More marketers are asking how they can have the same opportunities they have vis-à-vis data, accountability and attribution that they have in digital video with programmatic TV.  It’s going to take a lot of education.