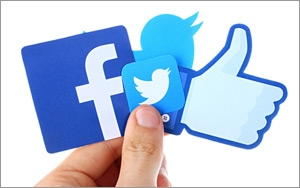 Social networks rank among the most unsubscribed email lists, according to new research revealed Wednesday by Unroll.me.

Unroll.me, a Web-based and mobile application that allows consumers to unroll from any email list they have subscribed to, analyzed the unsubscribe behavior of millions of its users to determine the winners and losers of this year's Spammy Awards -- and which companies are losing the highest audience to unsubscribes.

StumpleUpon has the highest rate of unsubscribes, according to the study, with 43% of consumers opting out of receiving future email updates. Live Nation and Good Reads followed with a 38% and 35% unsubscribe rate, respectively.

JoJo Hedaya, cofunder of Unroll.me, explained in a conversation with MediaPost why social media networks rank among the most unsubscribed email lists.

“Social media networks send a large amount of emails, with many holding content surrounding software updates/changes,” says Hedaya. “Their users receive much of this information via their smartphone alerts and through app updates, so in their eyes, the actual emails may feel redundant.”

Facebook sent the third-highest volume of email per subscriber, with an average of 310 emails sent according to Unroll.me.

Hedaya says there is no precise recipe for avoiding unsubscribes because many different factors may be involved with the process, but the key to determining the best course of action is located in email analytics.

“The recommendation I would give to email marketers is that they need to gain an understanding of what their users want, which can be best understood by analyzing the data,” says Hedaya. “It may be a combination of things -- too many emails, not enough emails, or having content not interesting or enticing enough. When a higher frequency of emails is sent, do users open and read them? If marketers dissect the data, they can easily see what is causing people to unsubscribe.”

Unroll.me claims to have stopped 4.6 billion emails through its service, and unsubscribed people from 423,234,234 email subscriptions over the past three years.