iOS Users Are Easier To Retain With Video Ads 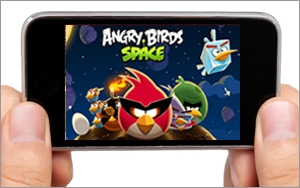 Video advertising commands a high retention rate, with video ad networks like Vungle and AdColony having 30%-90% higher retention rates than other networks. The performance of video ads compared to other media sources in the iOS index was 180% higher than Android.

Mobile video advertising has quickly become one of the most powerful forms of advertising, although it comes at a premium price.

All around, Facebook is still the king of mobile, says AppsFlyer, with a high retention score across Android, iOS, gaming and non-gaming apps, and an extremely large scale in every region of the world. Social networks deliver higher-quality users as well, with both Twitter and Facebook receiving retention scores 65% higher than the average of other networks with regard to non-gaming apps.

By targeting intent, Google also delivers users at scale in most categories, with AdWords coming in among the top five media sources in nearly every region, regardless of operating system.

Android rules in Asian markets because its devices are cheaper than Apple’s. Asian markets also have a more diverse spread of ad networks, because so many of their users are on Android.