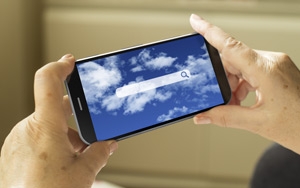 In a panel called "Solving For Mobile Matching," Scott Harkey, president of Owens Harkey, said he thinks the industry has a responsibility to create content that engages with consumers.

The session, held Wednesday at MediaPost's Programmatic Insider Summit, focused on cross-device tracking -- including the importance of mobile and the challenges that come with it. So how can marketers get better so consumers don't opt out?

Chris Wexler, SVP, director, media and consumer engagement, Cramer-Krasselt, said his company isn’t fooling itself to think it’s going to create the “best mobile banner consumers will love,” adding: “We know most consumers want a simple message they can digest quickly. Programmatic is one part of a much broader system." It's about providing something valuable, Wexler said.

Moderator David Krupp, CEO, Kinetic Worldwide, asked how the panelists are deploying cross-device tracking. Wexler said that for his company, it's all about effectiveness: What's the most effective way to spend dollars and deploy marketing?

"Every six months it's getting significantly better," Wexler added. And on the topic of mobile, he said the platform offers a whole new layer of mindset, giving valuable information to consumers who want it, so they don't feel the need to block.

Derek Thompson, chief strategy officer, PlaceIQ,  said that consumers don't spend time thinking about what screen they're on, but rather move from device to device in a seamless way. He added that mobile can act as a unifying device, helping to link the offline and online worlds. "The reality is, you can now understand consumers by the places they choose to go," Thompson said.

The conversation touched on Apple's challenge to a federal court order that would force the tech giant to write software allowing the FBI to unlock one of the San Bernardino shooters' iPhones. Wexler said he thinks many consumers aren't aware that cross-device tracking is happening, and that's likely why there hasn't been a huge uproar to Apple not giving in to FBI. The people in the conference room and a few thousand in the country know what's happening, Wexler said.

On the topic of data, Wexler said the next crisis to come is data quality.