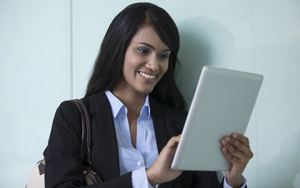 As MediaPost's Programmatic Insider Summit wrapped Wednesday, it was clear that the consumer experience is one of the topics foremost on the minds of marketers and media professionals.

In just about every conference discussion, panelists talked about how they're working to improve the user experience and where they see themselves in the process.

During Tuesday's "Blocked!: Is Programmatic The Culprit Or Solution To The Lost Ad Viewer?" panel Mark Addison, minister of special affairs, Adblock Plus, said, "Every decision we make is still made like an open-source company... We are the voice of the consumer in all this." (See a video of the panel here.)

And during "Solving For Mobile Matching" on Wednesday, Chris Wexler, SVP, director, media and consumer engagement, Cramer-Krasselt, said his company knows consumers want a simple message they can digest quickly. Programmatic is a part of a much broader system, he said, and it's about providing something valuable to users.

During her keynote Tuesday, Nicolle Pangis, COO, Xaxis, said regardless of what happens with the proliferation or nonproliferation of ad blocking, the industry should focus on creating better experiences for users online--and that better experience has to do with creative, targeting and leveraging tech in a smart way.

-- "When you look at targeting, most people don't like advertising," Coleman said. "But what we're finding is, people are more likely to be perceptive to advertising when you target based on what they like to do or something that means something to them."

-- People are more likely to accept what your brand is offering when they get something back.

-- Skip-ability (or the likelihood that someone will immediately skip through your ad) puts the onus on the creative to hook viewers immediately.  "Assume people are going to be resistant, so you need to do something in the first few seconds to make that worthwhile for consumers," Coleman said.

-- And on control over user experience, Coleman said, "Individuals are much more likely to engage with you if you give them that control and engage with them."

While a lot of this stuff is intuitive, it's no less important to grasp and repeat when creating a programmatic strategy, because, as Real-Time Daily editor Tobi Elkin said during a Tuesday panel, just because it's automated, doesn't mean it's simple.