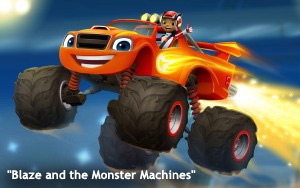 Partnerships with star athletes and the strength of Nickelodeon-related merchandise seemed to get the most emphasis at the kids’ brand’s upfront presentation Wednesday in New York.

Nick also made a handful of programming announcements, including two new shows from Rob Dyrdek, the professional skateboarder turned-TV producer.

“If there’s one message that we have for you today, it’s [that] we are back on top, and I can confidently say that we have plans in place to keep us there,” declared Cyma Zarghami, president of Viacom Kids and Family Group, which includes Nickelodeon and its off-shoots.

“We have filled our pipeline with content in every genre, in every daypart, on every screen and in every territory. And we have no intention of slowing that down,” she vowed in her opening remarks. As it did last year, Nickelodeon’s presentation was the first of this year’s Upfront/NewFront season, which now continues through May 19.

Dyrdek has produced two series for co-owned MTV, “Fantasy Factory” and “Ridiculousness,” a viral-video clip show in which people are shown failing — and often seeming to sustain serious injuries — in the process of executing home-grown stunts.

One of the new Dyrdek shows for Nickelodeon announced Wednesday is basically “Ridiculousness” for kids. Judging from a trailer screened at the upfront presentation, the show, titled “Crashletes,” will be a collection of video clips showing mostly amateur athletes crashing into obstacles, belly-flopping onto various hard surfaces and hitting their heads on branches and the like.

The show will be hosted by New England Patriots star Rob Gronkowski, who was not at the upfront. Dyrdek was there, however, and he also introduced his other new show titled “Jagger Eaton’s Mega Life,” a reality show centered on the life of Eaton, a 15-year-old skateboarding phenom. He didn't attend, either.

But two other sports stars were there -- Carolina Panthers quarterback Cam Newton and New York Knicks forward Carmelo Anthony. Newton came on-stage at Alice Tully Hall at Lincoln Center to introduce his new Nick show called “All In With Cam Newton,” in which “he works with real kids to help make their dreams come true,” according to Nick.

Anthony came on stage to promote his new line of “Teenage Mutant Ninja Turtles” apparel and accessories for boys -- a brand known as TMNT x Melo. Anthony, who professed a lifelong love of all things “Ninja Turtle,” and Pam Kaufman, CMO and president of Nickelodeon consumer products, jointly announced that Anthony’s TMNT gear would launch in all Macy’s stores in May, in advance of the release June 3 of the newest “TMNT” movie, “Out of the Shadows.”

Kaufman’s portion of the presentation was literally the centerpiece of the show. She used her time onstage to promote the retail strength of Nickelodeon-branded toy lines. She said merchandise tied to “Paw Patrol,” an animated Nick series, was the “No. 1 preschool property” in December’s holiday season.

“Our growing retail footprint gives us even more reach,” she told the Upfront audience. “The love for our IP [intellectual property] keeps opening doors. … Our property portfolio is translating into big wins at retail.”

On the programming front, Nick announced two new shows for its preschool lineup: “Rusty Rivets,” an animated series about a character named Rusty who builds contraptions out of re-purposed parts and objects, and “Sunny Day,” about an optimistic hair stylist named Sunny.

Other new animated series announced by Nick for slightly older children include “The Loud House,” about a boy growing up in a household as the only boy among a dozen sisters, and “Welcome to the Wayne,” about two 10 year-old boys who go exploring in their “crazy, unpredictable” New York City apartment building called The Wayne.

In live-action, Nick announced to new shows in addition to the Dyrdek shows: “Ride,” about a young girl who becomes involved in the world of equestrian sports when her family moves to England; and “The Other Kingdom” about a fairy princess named Astral “who takes human form and enters the mortal world for 90 days,” according to Nick.

Nick kept the length of its presentation to just about an hour. The show closed with a surprise appearance by hip hop star Flo Rida, who performed his hit single “My House.”