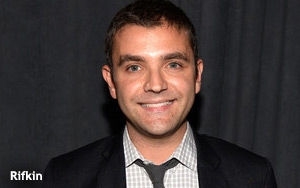 Wade Rifkin, formerly of social data platform ShareThis, has been tapped to fill the spot. Rifkin will report to CCOA CEO Scott Wells.

The job will entail setting up partnerships with data providers and ad tech companies to expose CCOA’s supply to buy-side advertisers, as well as defining the company’s programmatic strategy.

CCOA has been moving its outdoor business into a convergence with digital for the past couple of years. Recently, it announced a new product called RADAR that would help marketers measure specific actions taken after exposure to an out-of-home ad.

“Developing a compelling programmatic platform is an important part of our strategy to make out-of-home easier to buy and a more integral part of a brand’s purchasing decisions,” stated Wells.

Rifkin has established a track record in the programmatic space, working previously with ShareThis as their SVP of programmatic partnerships and with DigitalsLBI_US where he helped build their programmatic practice across the North America.

Before that, he held other positions in Digitas, as well as Wieden + Kennedy and Moxie Interactive.

Out-of-home companies have had their eye on programmatic for a number of years now, but it would appear 2016 may be the year that they actually get a handle on it.

According to data from Kinetic Worldwide, out-of-home ad spend grew 15% in 2015. However, there are a number of factors holding OOH back from being truly real-time, including audience data, and a lack of standardized industry data.