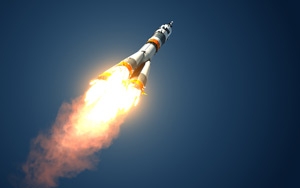 The number of search engine takedown requests related to alleged copyright infringement that Google receives will surpass one billion for the year by the end of 2016, according to one estimate.

Google processes more than 100,000 link requests each hour, according to TorrentFreak, up from 345 million for the entire year in 2014. The good news is that as a result of this action many sites for which it received a high number of requests are pushed down in query results, and some do not appear at all.

The request must accompany the URL to the infringing content. The requirement isn't just to remove a link to content related to alleged copyright infringement. It also applies to Google's delist rules, more commonly known as right to be forgotten.

On Friday, Google said it would expand the right to delist the process, applying it to all versions of its search engine worldwide by using geolocation signals.

The company explained in a blog post that the technology will close the loophole that allows people in European countries to view search results that had otherwise been deleted under the right-to-delist rule, which was established by the Court of Justice of the European Union in 2014.

The loophole allows European Union citizens to ask search engines to delist certain links from search results, but the biggest issue is the ability see the censored search results when they search on google.com, rather than a national version such as google.co.uk, google.fr or google.it.

"Let's say we delist a URL as a result of a request from John Smith in the United Kingdom," writes Peter Fleischer, global privacy counsel at Google. Users in the UK would not see the URL in search results for queries containing [john smith] when searching on any Google Search domain, including google.com."

However, those searching on Google's engine outside of the UK could see the URL in search results when they search for "john smith" on any non-European Google search domain.