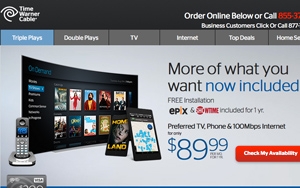 As subscription video-on-demand services have grown -- now with more than a 50% penetration of U.S. TV homes -- some traditional TV networks have seen viewing gains.

This comes from a report from Brian Wieser, senior research analyst of Pivotal Research Group from analysis of Nielsen data.

Overall, total day live program-plus-seven day (L7) viewing is up 1.6% in homes with SVOD services, compared with homes without SVOD.

The network groups that performed the worst include Disney cable networks, down 8.7%; NBCUniversal, off 7.5%; Discovery Communications, falling 6.4%; Viacom, losing 3.7%; and Fox, slipping 3.0%.

Wieser says that although SVOD is growing, traditional TV advertising does not appear to be affected.

“Advertisers’ budgets are generally allocated to the medium as a whole so long as it satisfies goals better than the next-best alternative. We continue to believe television advertising does this to a significant degree,” writes Wieser.

He adds that TV network affiliate fees are affected -- as consumers continue to pursue “skinny bundles,” based on Nielsen’s Universe estimates for cable networks. Wieser says this suggests "sustained declines in cable network penetration of around 2% year-over-year for most network groups.”