Gender Bias Still Exists In Silicon Valley And Beyond 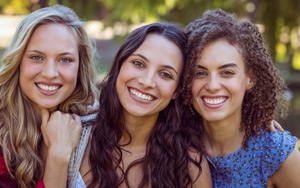 Bias continues to run through the technology industry, but talking about the issues makes many women, and people of color, uncomfortable.

Michele Madansky, who analyzed findings from Elephant in the Valley, a study on the bias of color and women in general, said there's a lot of untapped talent that needs encouragement and guidance. She spoke at Sunday's South By Southwest Interactive (SXSWi) keynote.

At SXSWi, Madansky said about 64% of all AP test takers are women, but only 19% of those are in AP computer sciences. "I have a personal theory that many women I talk to at Silicon Valley are competitive," she says.

Laura Weidman Powers, the co-founder and CEO of CODE2040, says: "You have to be one of the boys." Powers did ballet growing up and doesn't consider herself a competitive person, but through the arts, she learned to perform. She feels comfortable moving the issue forward.

Megan Smith, United States CIO, also joined the discussion. She says: "If you give kids a math test and ask them to declare a gender, girls don't typically do as well."

About 84% of women surveyed were told they were too aggressive. About 90% said they have not had the same opportunities as their male counterparts.

Some 88% have experienced colleagues addressing their male peers when they are next to each other in a room, and 84% experienced demeaning comments from male colleagues.