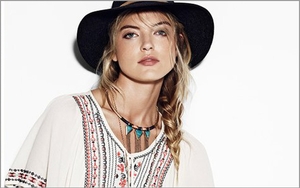 Lord & Taylor may have settled with the Federal Trade Commission on charges that it misled customers, both with a native ad violation in Nylon as well as 50 influencer posts on Instagram. But some experts think the FTC’s latest move may be just the tip of the iceberg when it comes to policing the latest guidelines surrounding sponsored content, and reining in the fast-expanding world of influencers.

“This is such a widespread problem in the industry,” says Julia Cantor, a senior strategist who oversees the influencer programs at Moxie, an Atlanta-based marketing agency that handles such clients as Coca-Cola and Nike. “Influencer marketing is growing so fast, and many of these bloggers are what we call ‘accidental influencers.’ They just don’t have the business acumen yet to fully grasp the FTC rules, so agencies and larger brands really need to step up their education efforts.”

The settlement centers on a paisley dress from the launch of Lord & Taylor’s DesignLab collection last spring. As part of the campaign, it used branded blog posts, photos, video uploads, native advertising editorials in online fashion magazines, and online endorsements by a team of specially selected “fashion influencers,” the FTC says in its statement. These 50 fashionistas were paid between $1,000 and $4,000 to post a photo of themselves in the dress on Instagram and other social platforms. While it could be styled any way they wanted, they were required to tag both Lord & Taylor and Design Lab in their posts.

“Lord & Taylor needs to be straight with consumers in its online marketing campaigns,” says Jessica Rich, director of the FTC’s Bureau of Consumer Protection, in its statement. “Consumers have the right to know when they’re looking at paid advertising.”

The FTC says the retailer is banned from “misrepresenting that paid ads are from an independent source, and is required to ensure that its influencers clearly disclose when they have been compensated in exchange for their endorsements.”

Lord & Taylor, owned by the Canadian Hudson Bay Co., which is also the parent of Saks Fifth Avenue, maintains that it didn’t do anything wrong. “We never sought to deceive consumers in any way, nor would we ever,” it says in a statement. “In the FTC's consent order, there is no finding of wrongdoing whatsoever.” It says it took immediate action with its social agencies as soon as it was aware of the problem to make sure disclosures were clearly made.

But the FTC’s finding also points to the power of these campaigns to fool consumers on a grand scale, noting that “the influencers’ posts reached 11.4 million individual Instagram users over just two days, led to 328,000 brand engagements with Lord & Taylor’s own Instagram handle, and the dress quickly sold out.”

Cantor tells Marketing Daily that the problem isn’t limited to fashion and beauty brands, despite the high profile of many bloggers in those categories.

“Influencers don’t understand their reputation is on the line as well with their audience. Unless specifically educated, they will never know,” she says. “This is an issue that all parties need to take ownership of, brands, influencers and any agencies working on behalf of brands.”

And while many individual influencers are nervous, “I believe the FTC will continue cracking down on brands in the months ahead, but large brands with big pockets.”