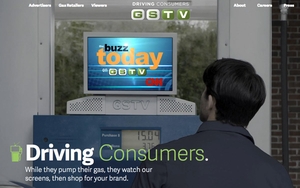 SITO Mobile, a mobile engagement platform, announced a partnership with Gas Station TV, a video network that caters to gas stations. The partnership is intended to increase ROI for advertisers by extending gas station media to mobile phones.

Gas station media is a particularly effective form of out-of-home (OOH) video advertising, according to a recent study by Experian Consumer Insights. The study found consumers were more attentive and likely to recall ads viewed in gas stations than in elevators or taxis.

Consumers who see OOH video (as opposed to traditional TV) are also 48% more likely to respond to linked mobile ad campaigns, according to NeuroInsight.

The partnership works by geo-fencing a GSTV enabled gas pump, delivering a location-based display ad to users’ devices,  then retargeting them after they leave. The first campaign saw a 25% higher click-through rate (CTR) than the industry average.

“This strategic media approach leverages the proximity of our network with the mobility of our viewers in a concentrated effort to extend engagement at and beyond the pump,” stated David Leider, CEO, GSTV.

With current low gas prices and a stronger U.S. economy, the Federal Highway Administration is seeing record levels of traffic volume. Population growth has also contributed to record sales in the auto industry, though millennials are actually buying new cars at a lower rate than their forebears (they’re still buying used cars at the same rate though).

With 200 million mobile users and 3.15 trillion vehicle miles driven last year, the potential for OOH cross-screen campaigns like this one is high.