U.S. Ad Spend Up 10% In February, TV And Digital Climb 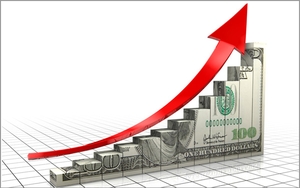 Standard Media Index showed total TV advertising grew 5% in February versus the same period a year before -- this despite weak rating results for TV overall.

Syndication had the best gain during the month of any TV segment -- 15% higher; with national cable TV adding 11% and local cable advertising gaining 9%.

Breaking down national TV further, SMI says national cable benefited from strong near-term scatter market advertising buying -- soaring 21% in February over a year ago, while broadcast networks were down 2%.

Looking at the upfront piece of those national TV performances -- upfront deals made back in the summer of 2015 for the current 2015-2016 TV season -- cable TV was up 8%, while broadcast was down 2%.

Joining digital radio strong growth in the month was traditional radio, soaring 22% during the period. Out of home added 10%. Magazines and newspapers were on the losing end -- down 5% and 17%, respectively.

SMI captures 80% of total national U.S. agency spend from the booking systems of five of the six global media holding groups, as well as leading independents. Group M is the one big media holding company that doesn’t participate in SMI’s data.