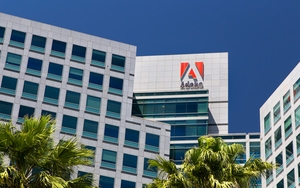 Adobe Systems has continually invested in its marketing cloud software, adding more than 1,000 integrations into the Marketing Cloud per quarter. This investment has helped Adobe become a leader in the competitive landscape, even amidst stiff competition from Oracle, Salesforce, Marketo and IBM.

“Results were above our expectations, which were themselves above both prior guidance and consensus estimates,” says Brian Wieser, senior research analyst at Pivotal Research Group. “We now value the stock at $109 per share on a YE2016 basis, up from $105 previously, and continue to rate it Buy.”

Adobe’s integrated digital marketing cloud has been a boon to the company, with Adobe Marketing Cloud earning a record-breaking $1.36 billion in revenue in 2015. Adobe claims the marketing cloud managed 100 billion emails in 2015 and banks 41 trillion transactions per year.

“Adobe’s risks include the potential availability of better and/or cheaper software for core Creative Cloud solutions, risks associated with Marketing Cloud’s expansion into a market with specific characteristics which are still evolving and risks around external shocks from Adobe’s value chain/eco-system,” says Wieser.

In lieu of the successful quarter, Adobe raised its full-year profit and revenue forecast.

“We are pleased to report another record quarter with 25 percent year-over-year revenue growth,” states Mark Garrett, executive vice president and chief financial officer at Adobe. “Strong Cloud adoption drove record Creative and Marketing Cloud revenue in Q1, and better-than-expected Digital Media ARR. Based on our strong Q1 results and business momentum, we are increasing our annual revenue and earnings targets for the year.”