Yahoo May Talk To Facebook To Acquire Tumblr Ad Biz 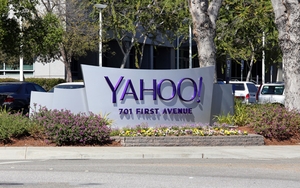 Yes, as The Information reports, Yahoo is in discussions with the social giant about just such a partnership.

How miserable are those returns?

Sources tell The Information, a measly 10% to 15% of Tumblr’s available ad inventory is currently being sold.

Since dropping about $1 billion on Tumblr back in 2013, Yahoo has had high hopes for the social network. At the very least, some of Tumblr’s cachet among cool, mobile-first kids was supposed to rub off on the aging Web portal.

In January, Yahoo took a $230 million write-down on Tumblr, and sheepishly admitted that the unit had failed to meet revenue expectations.

Rather than lifting Yahoo’s prospects, however, Tumblr appears to have been weighed down by the digital dinosaur and its prehistoric business practices.

Last year, Yahoo said it was expecting Tumblr to take in more than $100 million in ad revenue and achieve positive EBITDA. Coming from CEO Marissa Mayer during a quarterly earnings call, the disclosure offered a rare glimpse of Tumblr’s financial health -- or at least Mayer’s expectations for the unit.

To get Tumblr back on track, Yahoo execs were reportedly reconsidering an earlier decision to integrate its sales teams. That arrangement, as sources recently told Business Insider, was responsible for many of Tumblr’s current problems.

Amid a broader class of cultures, Tumblr lost a number of key salespeople following the merger of the two sales teams. In particular, Lee Brown, head of Tumblr’s sales team, left early last year for BuzzFeed.