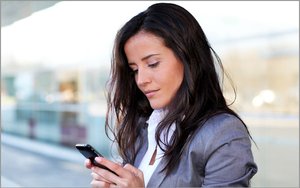 Microsoft has long used a strategy with software engineers and developers of business enterprise resource applications to write an application once and use it multiple times. Now it will take that same message to the 5,000 software developers who will descend on San Francisco's Moscone Center for Microsoft's annual Build conference Wednesday, according to one report.

This means that an application can be written once and can work on any device running the Windows 10 operating system including PCs, tablets, smartphones, game consoles and eventually, Microsoft's HoloLens augmented-reality headgear.

Dow Jones Business News reports that the Universal Windows Platform, or UWP, software included in Windows 10 makes it possible -- providing the answer to Microsoft's mobile efforts dating back to the early 2000s. UWP launched in July 2015, allowing developers to achieve a consistent look and feel for applications on any device that runs the operating system.

Microsoft became wildly successful building a PC developers group -- especially those supporting Web services -- which extended the Web infrastructure to software application in the early days of the Internet. Now it must focus on building a network for mobile devices, from smartphones to wearables supporting searches, ecommerce, and other digital activity.

As an example of Microsoft's push into mobile, the U.S. Patent and Trademark office granted the Redmond, Washington company a patent on March 22, 2016, describing the benefits and pitfalls of mobile-friendly Internet searches. Since searches on a mobile device determined as mobile friendly have preferences when in query results, the patent describes that once the site is determined as mobile friendly the information stored in an index that may be used for Internet searching. It will look for metatags and code to determine mobile friendliness, per the patent.