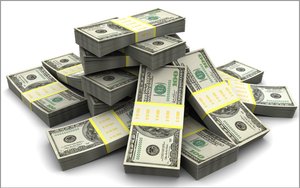 Playbuzz, an Israeli company that transitioned from being a Buzzfeed clone to being a publisher-focused platform that provides sponsored content, raised $15 million in a funding round from Disney and Saban Ventures.

The money will be used to grow the company’s sponsored content business and develop its platform.

Playbuzz’s previous round garnered $16 million in 2015. In Q4 last year, the company started allowing other publishers to host it’s sponsored content and take a cut of the advertising revenue. Essentially, the company provides social media algorithm-exploiting products to other publishers.

The company counts a number of large publishers and brands among its partners, including Pizza Hut, Unilever, and Ford, as well as Time, USA Today, the Daily Telegraph and HBO.

It’s focus on delivering formats designed to lift engagement appears to be paying off, with Playbuzz content reportedly getting an average viewing time of three to four minutes compared to 15 seconds of a traditional article.

Playbuzz’s most popular formats are quizzes, but the company also can create slideshows, flip cards, galleries and lists—all staples of the “clickbait” camp in publishing.

Barack Pridor, managing partner at Saban Ventures, will join Playbuzz’s board of directors after this round of funding.

The company reportedly expects revenue to triple this year.