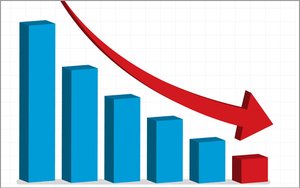 Heading into the upfront market, all TV networks on average are showing some mid single-digit percentage-level viewer erosion on 18-49 viewers.

Three of the four broadcast networks are off by high single-digit percentages -- ABC off 9%; Fox slipping 7% and NBC, dow9%. Only CBS has showed growth -- up 8%, this in large part because of the Super Bowl which aired in February. The previous TV season NBC aired the Super Bowl.

The Fox network has been off by big percentages of late, due to the later spring start of “Empire”, which haven’t been included in recent season average estimates.

Cable networks groups are not immune from the erosion. NBCUniversal cable networks are off 12% in total day Nielsen live plus same day 18-49 ratings. Positives here came from gains at MSNBC and NBC Sports Network of late.

Disney’s networks are down 9%. There were increases at Disney Channel, with flat results at ESPN. A+E Networks have sunk 16% season to date. The group converted its H2 channel to Viceland which isn’t rated by Nielsen.

Discovery Communications is off 6% -- with some losses at Discovery and TLC, but gains at Animal Planet.