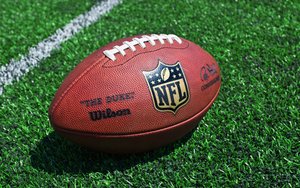 In what is a major spike for the sometimes troubled social media company, Twitter has won the highly sought after digital rights to NFL games on Thursday Night.

Twitter won the right -- against Verizon Communications, Facebook, Amazon, and Yahoo -- to stream 10 Thursday Night football games while they are simultaneously being shown on NBC, CBS and the NFL.

“Twitter is where live events unfold and is the right partner for the NFL as we take the latest step in serving fans around the world live NFL football,” stated Roger Goodell, NFL Commissioner.

The NFL has been partners with Twitter since 2013 through its Twitter Amplify program, where real-time in-tweet video clips are accompanied by pre-roll or post-roll advertisements.

This follows a recent new “Thursday Night Football” deal that split the package between CBS and NBC for five games each for the next two years. The nets paid around $45 million each, per Bloomberg.

The NFL Network, the cable network which has aired the Thursday games since 2006, will also air the games at the same time as CBS and NBC.

CBS had the sole broadcast rights for eight games the last two years for a deal worth $300 million per year. But Benjamin Swinburne, media analyst for Morgan Stanley, said CBS lost money in terms of national advertising -- selling only sold $190 million in ad revenue in 2014 and $205 million this past year, 2015.

Twitter stock, which was up 2% on Tuesday, was down 0.5% to $17.17. The company had some ups and downs in the last year, with major changes in senior executives.