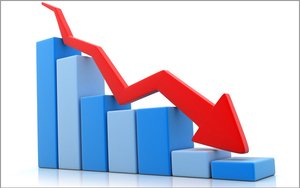 U.S. advertising as a percentage of U.S. gross domestic product continues to slow -- signifying major changes in the ways that advertising resources are used.

Two major media platforms have slowed during these periods in terms of advertising growth: broadcast and cable TV.

Newspaper advertising has seen a 10% decline on a compound annual growth basis from 2010 to 2014 -- a steeper drop than in previous projections. Newspaper ad revenue is now around 0.15% of GDP.

Todd Juenger, senior analyst of Bernstein Research, says these results appear to signify a shift. He points to a new direction versus older estimates: “Our original piece theorized advertising would recover to prior levels; instead, it has remained deflated, suggesting that perhaps the Internet really has enabled marketers to eliminate waste.”