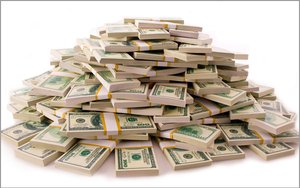 Businesses in 2016 will spend an estimated $613 billion for digital-marketing services worldwide, triple what was spent in 2008 when Borrell Associates began tracking the data. A recent report takes a look at where that money goes.

Smaller, locally directed businesses will spend more than two-thirds of the total. Most larger companies have developed SEO-dedicated internal staffs.

In the U.S. about $1.49 billion will go toward site visitor analysis, which is one of the more interesting investments. While there are many variations of visitor analysis, it’s important to know who has visited the site, how and when they got to the site, and what they looked at while there.

Google, Alexa and many others provide marketers with this information.

Borrell projects that companies in the U.S. will spend more than $790 million for blog development this year. Blog development spending will reach its peak in 2016, drop to $700 million by 2018.

By the end of this decade, it is forecast to decline more than 40%, compared with this year, in favor of a shift toward video formats.

Other investments include $6.61 billion toward listing claims and $410 million toward email list purchases, which will continue to decline. Borrell forecasts other listing mechanisms will become more widely used, such as visitor site analysis and opt-in list management among them, email list purchase will fade. By 2020, spending will have fallen more than 80% from current levels.