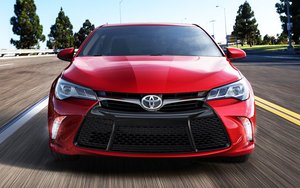 Toyota and VH1 Save the Music have partnered for a second year to support music education with an interactive festival activation.

Festival attendees of Lollapalooza, Stagecoach, Sasquatch, Voodoo Music + Arts Experience, Country 500 and Firefly can stop by the Toyota tent on the festival grounds to check out the activation and help Toyota raise money to restore a music education program for a school that will be selected at the end of summer.

Toyota agency of record Saatchi & Saatchi LA, and Anthemic, a culture marketing agency that the automaker works with, are executing the campaign.

“As a brand committed to supporting diversity, Toyota has a presence at music festivals in a number of genres, allowing us to connect with a wide range of people,” Appelbaum tells Marketing Daily. “Across the festivals, we have the Toyota Music Den, which is Toyota’s footprint where our in-vehicle experiences live.”

As part of the activation, festival attendees can interact with vehicles that speak to their interests and lifestyles in really unique and creative ways, he says.

“We like to meet the consumer where they are, and being able to give music fans the voice to share what music means to them while doing so, is our ideal scenario,” Appelbaum says.

The Toyota tent includes an activation that is a pointillism art piece, built with plexiglass and multicolored globes. Festival attendees and artists will be invited to write or draw their answer to the important question -- “What Does Music Mean to You?” -- on the globes, which will then be added to the art piece. Festivalgoers and other consumers also can participate in the activation space on social media using #ToyotaGiving to show their support. As the day progresses, the mural will evolve as it slowly fills up with hand drawn pieces. By the end of each festival day, the art will be displayed for festival attendees to check out their handiwork, complete with hundreds of personalized messages speaking to the importance of music.

“There’s an organic element to raising awareness about this campaign, primarily through on-site activations and the foot traffic of festivalgoers,” Appelbaum says.

The campaign benefits VH1 Save The Music Foundation, a national nonprofit organization committed to restoring music education programs in America’s public schools. A $30K donation will be given to a designated school, chosen at the end of the six-festival run.

“With Toyota Music, we seek to be a part of the music discovery experience through the festivals we sponsor,” Appelbaum says. “This includes taking a 360-degree approach that involves live events, social media, and philanthropy. We actively look for opportunities that allow us to contribute to communities, especially as it pertains to education.”